Last November over 1500 people tried Stoicism for a week. Did it benefit them? The short answer seems to be "Yes". The slightly longer answer is.

If you are curious enough to read the report , then it's freely available here ....

For many people, myself included, these are very interesting results.  When we started doing empirical research on Stoicism back in 2012, we really didn't know what to expect. After all, don't many people often think there is a conflict between being good (Stoicism) and feeling good (as indicated by well-being and happiness scores)? Certainly Homer Simpson thinks so ... 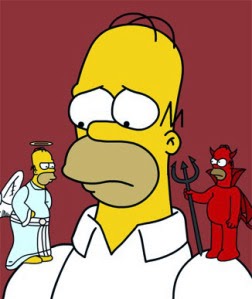 What the results suggest is that  Homer (and the rest of us) don't have to choice between angel and devil. If  racticising Modern Stoicism just for a week helps us feel better as well as live better, how much more impact will doing it for longer have (Actually, our research involving a longer course suggests the answer - quite a lot more).  Research consistently suggests that there is a positive feedback loop between feeling good and doing good


There is virtually no doubt that virtues make the world a better place for oneself and for others.


So  if you don't want to wait until next November for the  next Stoic week (funding permitting!), what should you do? You can do the on-line course, join the Facebook Stoic group  or buy the Stoicism Today: Selected Writings book. You might also like to  try the Stoic Ideal Advisor  guided meditation I recorded for the London Stoic event.. I'm also planning to include a good number of Stoic ideas in my my quotes of the day 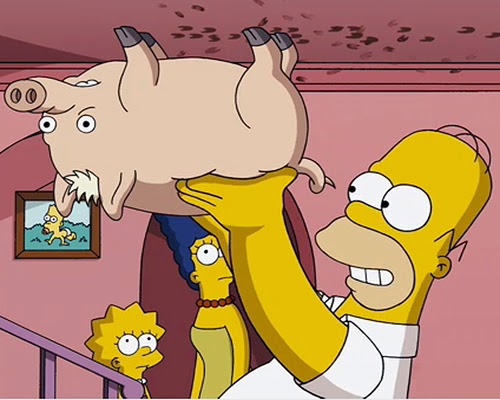