Canada is the second largest country in the world (yes its bigger than the USA, Australia and China) yet there are only eleven countries less densely populated.  So mankind hasnt spoilt things for other species - and long may that last. We saw black bears. elk, eagles, kingfishers in the Rockies - it was wonderful  to see these beautiful beasts thriving in their natural habitat. But best of all was seeing some grizzly bears in Bute Inlet.

Sure enough, we saw some grizzlies - 10 in all  including mother and cubs. The bears have learnt to ignore humans, because they have realised that - here, at least- we aren't a threat. Our guide told us how he had seen a young cub being whacked by his mother's paw when he got anxious about nearby humans- conditioning him into not doing it next time. The thing that the grizzlies should be looking out for is male bears. because if an adult male gets the opportunity it will murder the cubs. Why would it do that I hear you asking?  So the female will come on heat again - it doesn't reflect well on the male of the species, does it?

The reason the bears can be seen so easily is that they have gone fishin' - there is a plentiful suppy of summon,.This is how to catch  salmon - no rod required.

2) Feel Awe
“Awesome” was a word we heard a lot on the trip. We  found ourselves saying it too  about the  wide open spaces, encounters with wild animals, the mountains, the lakes and Canada in general

I felt most in awe at Takakkaw Falls near Field in  British Columbia. The waterfall is aptly named - Takakkaw literally means "it is magnificent". I couldn't help thinking of  Viktor Frankl's reflection 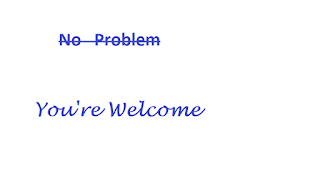 We found Canada and its people extremely friendly. There was of course the  occasional exception. Step forward the lady at Immigration for the "Grumpiest person we met on our holiday" award.
Friendliness was epitomised by a  smiling "You're welcome" response to our many "Thank yous" Yes, I know it's an American habit, and sometimes may have been for tips Yet it made me feel welcome - much more than  the typical  British "No Problem" which automatically makes me think there might have been a problem.
Almost  everyone was friendly - even in the large city of Vancouver which would definitely go into my top three cities to revisit (Copenhagen and Prague being the other two).


So, I hear you say, thank you for sharing thoughts about your nice holiday, how can it help us?
Well, you could do worse than consider a similar trip -  our itineray was arranged by http://www.travelbeyond.co.uk/ and Mark did a really good job in designing a full, varied and enjoyable holiday.

More generally,  when something good happens, it's a good habit to reflect on the underlying values - and then aim to satisfy these values more in other contexts. The three values I think most contributed to it being nice were those described above - connecting with nature, feeling awe and friendliness.
So how can you get more of these without going all the way to Canada? Well, you can find pretty awesome things in London if you are looking for them - think of the bridges over the Thames, Westminster Abbey, the paintings in our galleries. The British Countryside has its own charm and delight - many is the time when going to one of my favourite haunts, Pewley Down, I say "Gosh, if you were on holiday here wouldn't you think it was wonderful!


Hope you found these thoughts helpful - and, if so, of course you are  most welcome!