The nightmare has come true - can heaven - or philosophy - help us?


"Your Stoic nightmare has come true... heaven help us! "  was one good friend's response to Donald Trump's inauguration as the 45th President of the United States of America. 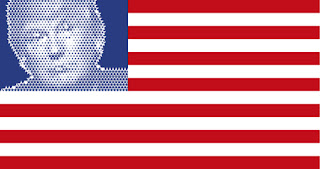 
Regular readers might recall my personal journey  - after Brexit in June, concern about Trump  winning, a visit to New York and the Stoic Negative Visualisation about Trump becoming President workshop  in October  and then the article on the Stoic response to Trump once he was  elected in November.

Just  writing those words "Donald Trump the 45th President of the United States of America" leads to a visceral sinking feeling  in my heart.  Maybe you have a similar reaction? Today,  let's see if we can work together on moving beyond this.

Can I be totally candid with you for one moment? Yesterday, during Trump's inauguration, I escaped into La La Land, quite literally. Whilst my wife was playing Trump's speech to the family, I did the equivalent of putting my fingers in my ear and shouting "La La La" by going to the next room, closing the door and watching this charming clip from La La Land.

The Stoic response to Trump becoming President  is to  first reflect deeply about how to respond virtuously and wisely to such a difficult notion.   Stoic mindfulness  requires you to vigilantly challenge catastrophising and defeatist thinking alike. You then use Serenity Prayer wisdom to  distinguish what is in your control and what is not.

According to the Stoic you should respond with self-control, compassion, justice, courage and wisdom.  One Stoic American  political commentator,  Carrie Sheffield, argues for philosophical reflection and political activism as a response , quoting  approvingly the words of former the second US president John Adams

“I must study politics and war that my sons may have liberty to study mathematics and philosophy. My sons ought to study mathematics and philosophy, geography, natural history, naval architecture, navigation, commerce, and agriculture, in order to give their children a right to study painting, poetry, music, architecture, statuary, tapestry, and porcelain.”

So the Stoic response to Trump is to get busy.   Work hard at reflecting on what you should do . This  might well mean becoming  involved in campaigns to limit the damage that Trump may cause.  You could well become  part of the effective opposition.


A word of clarification is required here. As Philosophy for Life and other Dangerous Situations author Jules Evans has observed, some alt-right Americans have identified themselves as Stoics  - and  they are quite probably rejoicing . But as Evans writes  " ..there’s ... an aspect of alt-right neo-masculinity that is less drawn to virtue ethics and more to a sort of primitive tribalism or gang-culture". If Donald Trump is a good Stoic then I'm Caligula's horse.

But Stoicism is not the only possible philosophical response to turbulent times.  Epicureans decided the best response was to insulate themselves and form a community of like-minded friends away from the cares of the world.  As with the Stoics, popular culture  provides mainly misinformation.  Epicureans  did not advocate a lavish lifestyle. "Send me a pot of cheese so I can have a feast when I care to" wrote Epicurus  to a friend. So whilst "cartoon Epicureanism" consists of  sex and drugs and rock'n'roll, if you wanted to live like a true Epicurean you would

In other words, you'd be  like I was yesterday and be turning off the Trump inauguration speech and watching La La Land. 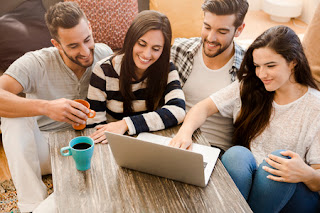 So which is it to be? Stoicism or Epicureanism? Active engagement or blissful escapism?  Perhaps turning to two other well-known philosophies to help decide.

A utilitarian response would look a lot more like Stoicism then Epicureanism.  Its universal happiness you are supposed to maximise. If anything, the utilitarian will become even more actively involved than the Stoic. Utilitarians prioritise benevolence as a virtue, and active contemporary utilitarians like Peter Singer commit  to political activism and donate a good portion of their salaries to worthy causes. Unless there really was nothing that could be done to help those who might lose out or be threatened by Trump -  women, minorities, non-Americans - then Utilitarians would be skeptical about the Epicurean response.  A utilitarian might well agree with the first three pieces of Epicurean advice - but they might say that retreating into La La Land  sounds too much like  fiddling whilst Rome burns.

Existentialist concentration camp survivor Frankl  proposed that everyone has their own specific vocation or mission in life to carry out. Your  task is to work out what the meaning of your life should be. Given your skills, talents and resources (including money), what could the meaning of your life be?
On the other hand existentialists like Jean-Paul Sartre tell us to invent our own meaning in life and be the author of our own lives. The existentialist would say there is no objective answer to whether active engagement or blissful escapism is best.  This thought experiment might help you decide your existentialist response to this dilemma. Imagine sitting in your rocking chair towards the end of your life. Now imagine two different versions of your life. Version one has you being actively involved in doing all you can to set the worlds to rights despite Trump. In version two you focus on your own enjoyment and do your best to ignore politics. Which version of yourself do you choose?


In the end you do have to choose what sort of person you are going to be - and not choosing is still making a choice.

Four philosophies, four (or was it five?) different answers. But perhaps there is a way to incorporate the best of all these philosophies.

I'll say this, for Trump, at least he's got us thinking.
Posted by Tim LeBon at 4:50 pm